How to Take Advantage of Limited Budget in Google Adwords

Limited budget is good news. It means that you have more demand that offer. If you had a clothes store, it would mean that such a quantity of buyers come everyday that they leave your store empty before the day ends. In Google Adwords, this means that you have a high quantity of searches in comparison to your available budget. How to take advantage from this situation?

Let's suppose your campaign has a daily budget of 10€ and a maximum CPC of 2€. In one normal day, this budget gets depleted after receiving eight clicks with different CPC.

In these cases, Google recommends increasing the daily budget and keeping the same CPC. If the budget is increased to 20€, new clicks will come in for the same price as before. This means you'll double the clicks after doubling the price.

But there's a secondary effect: you're rising the bar, and your competitors will have to pay more to reach you, which will create a snowball effect which will make the CPC more expensive in the long term.

The market has a law: more offers, less price. If you have a greater offer of clicks which you're buying, why not paying less for them?.

In Adwords, this means doing the opposite of what Google recommends: reduce the CPC and keep the same budget. If you reduce the CPC to the half (1€), you'll close the door to the more expensive clicks and will allow the entry only to those cheaper. Due to an excess of demand, these clicks will keep coming in until the end of the day. You may even get the double of clicks for half the price.

There you have a practical example: a campaign oriented towards Latin America had a limited budget with a 0.30€ CPC. Instead of following Google's suggestions and increasing the budget, I reduced CPC to 0.10€. This meant obtaining 10 clicks instead of 3 clicks for each invested euro, without reducing the clicks' quality.

After some days applying this technique, you can evaluate if you have reached a threshold of depletion. If you need more traffic and there are no limits on the investment you can do, you can always increase the budget and open the door to the more expensive clicks. You can also combine both techniques depending on your campaign's goals, and the budget defined by your customer or your company. Learn how to instantly know when a daily budget goes depleted in my article about "How to Create a Budget Depletion Alert in Adwords". 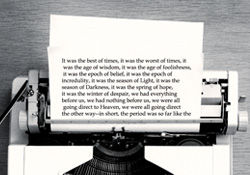 How to Combine Keywords for Adwords 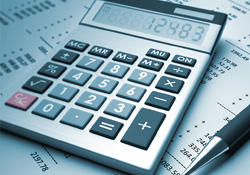 How to Calculate CPA (Cost per Action)

How to Calculate CPV (Cost-per-view)

How to Calculate Impressions

How to Calculate CPM (Cost per Thousand Impressions)

How to Calculate CPL